EPICA releases a new version of its platform

EPICA has released a new version of EPICA Platform. The upgrade brings flexibility, easiness and control to EPICA users so they can get the most out of the technology. Changes include an enhanced UX, the reorganization of certain features and the addition of new shortcuts. 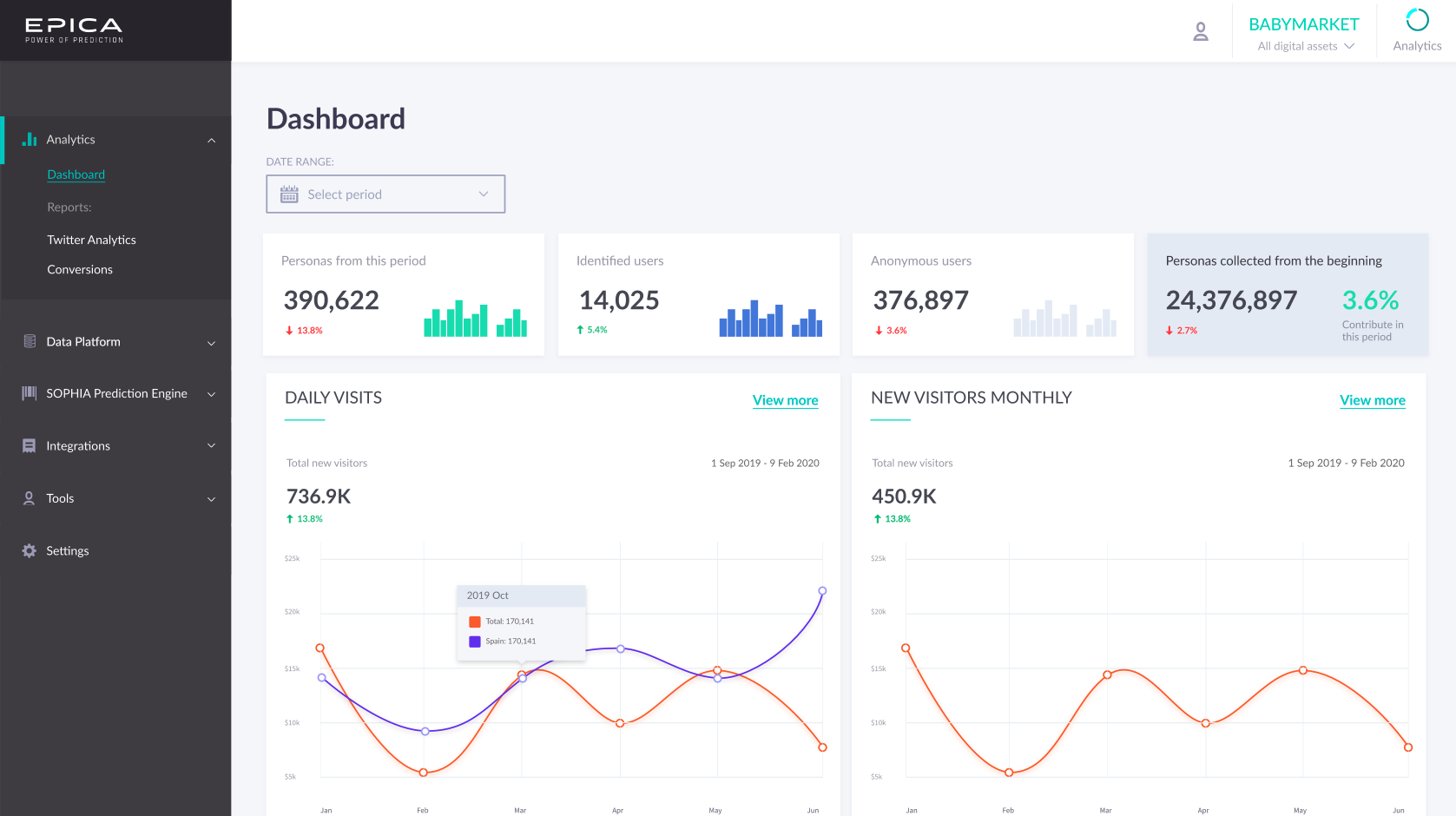 "We have heard our clients and learned from their behavior when using the platform making this new version an answer to just that. We applies the same concepts of our prediction technology to identify what touch-points bring true value in terms of UX for our platform users and improve them" states EPICA's Senior Product Manager, Juan Aguirre.

A better identification of elements

The colors, icons and graphics have been enriched for a faster eye-catching recognition which reduce to less seconds, the automatic identification of elements. On the other side, we made a cleaner experience by reducing solid elements that weren't unnecessary under current UX trends.

Now, our clients that prefers white over black, will have a chance to switch for it.

This is a UX improvement. Platform's users can now have a faster and clearer understanding of the source of every person or cluster that has been captured. It will help users to make better decisions and to assess the performance of sources with more accuracy and less effort. 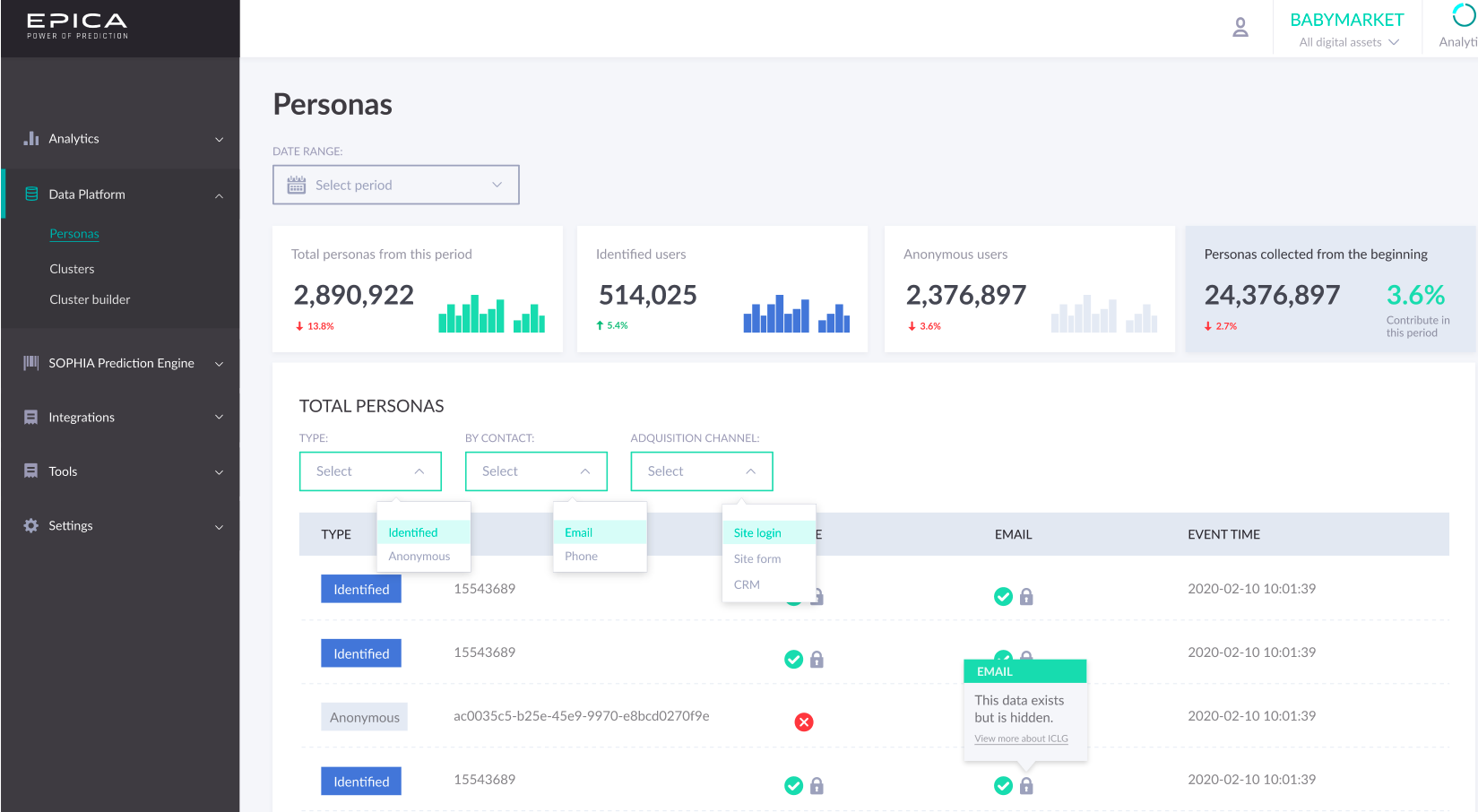 A brand new feature has been added. Now clusters are unified in a single place, a single group. This will serve as a shortcut for displaying the common patterns identified by Sophie - EPICA's Machine Learning engine-.

Furthermore, it is also possible to active audiences right away from the lists. It avoids one or two extra clicks that needed to be done before. This is a major technical upgrade, as a result of learning from platform users, that adds simplicity to the process.

"Our commitment to make a powerful Customer Prediction Platform that brings the concept of Prediction as a Service to life is strong since day one. It means fueling our Machine Engine engine -Sophia- with as much data as possible to keep increasing its accuracy level but also it means making our technology as easiest to use as possible for a really self service experience." explains EPICA's CEO Hernan Rodriguez.

The power of its prediction engines was not touched in this version, no app users won't have any impact in their performance, on the contrary it will increase due to a better user experience.

The Impact of Attention in Ecommerce

Three Tips to Have a Healthy Product Feed

The Best Ways to Catch Your Customers' Attention in 3 Seconds

SEE IT BY YOURSELF WITH YOUR OWN DATA.
Get your own predictions demo today with no integrations and no risks.
We use cookies to make interactions with our websites and services easy and meaningful, to better understand how they are used and to tailor advertising.